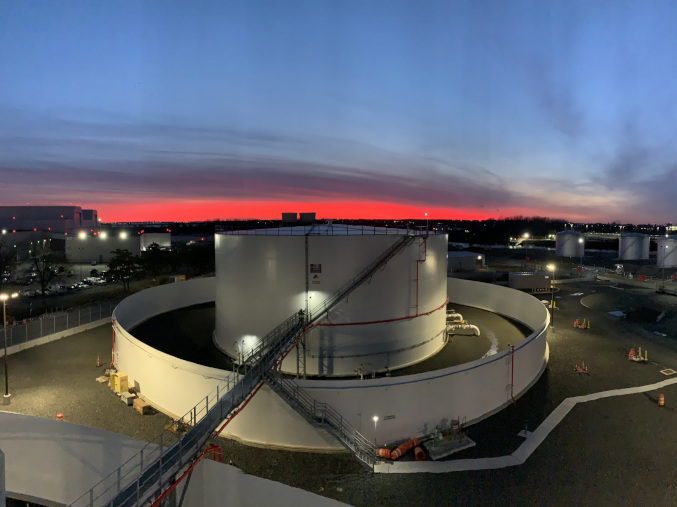 Intrastructure and Tanks No. 1 and No. 2 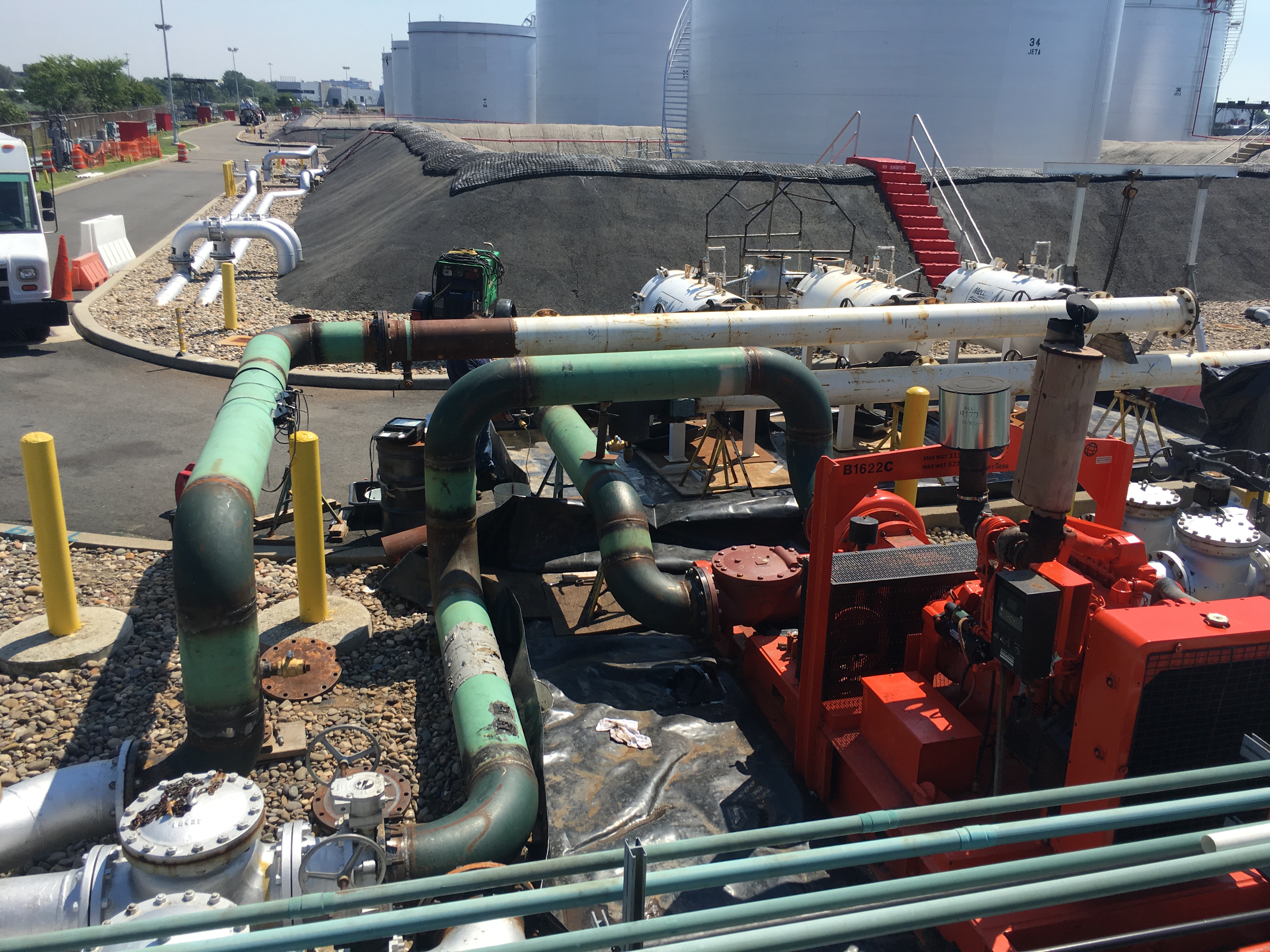 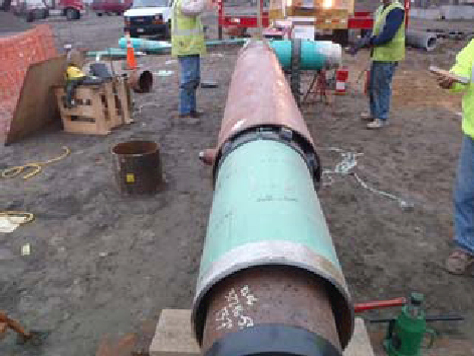 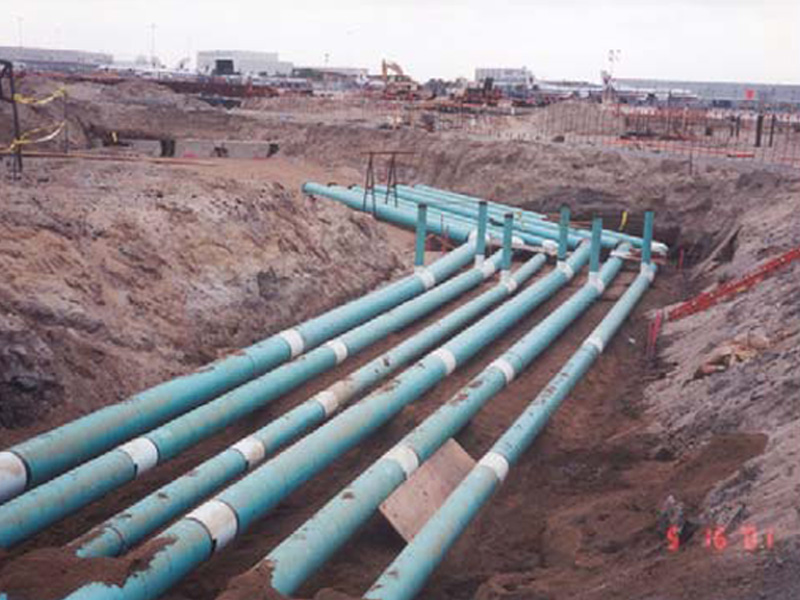 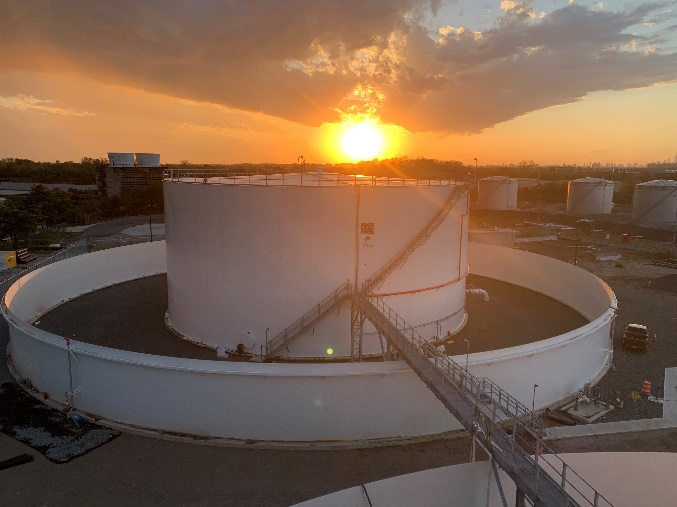 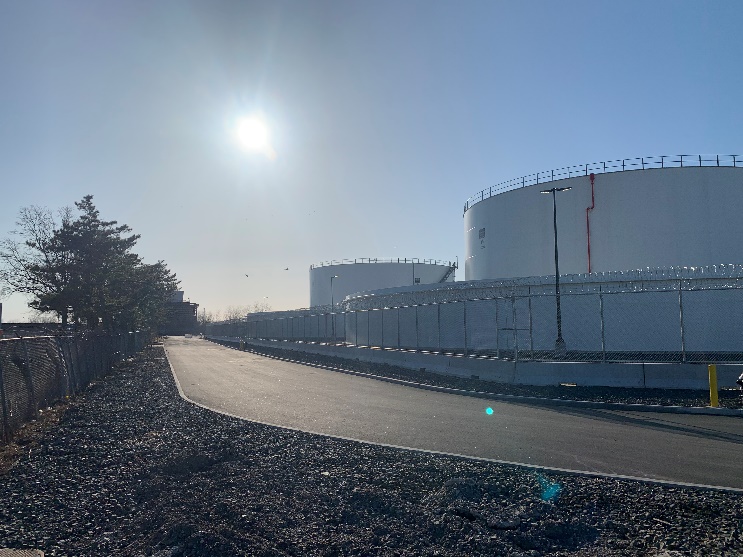 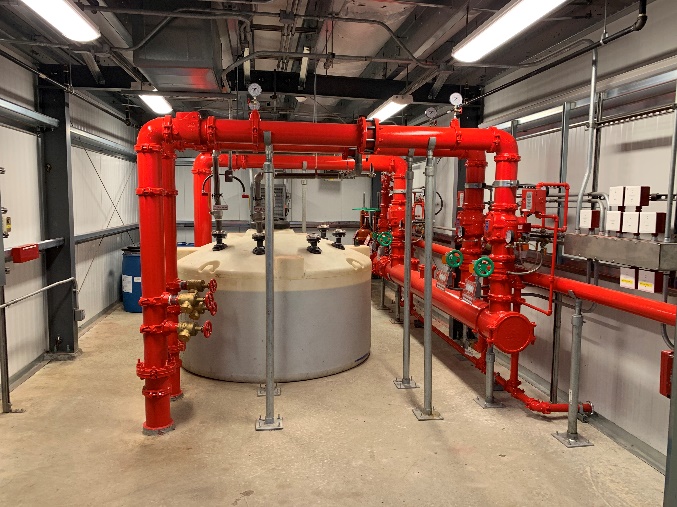 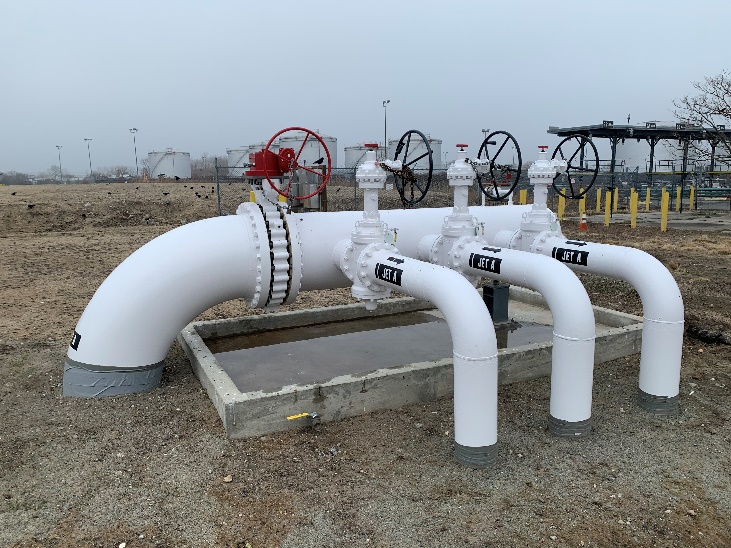 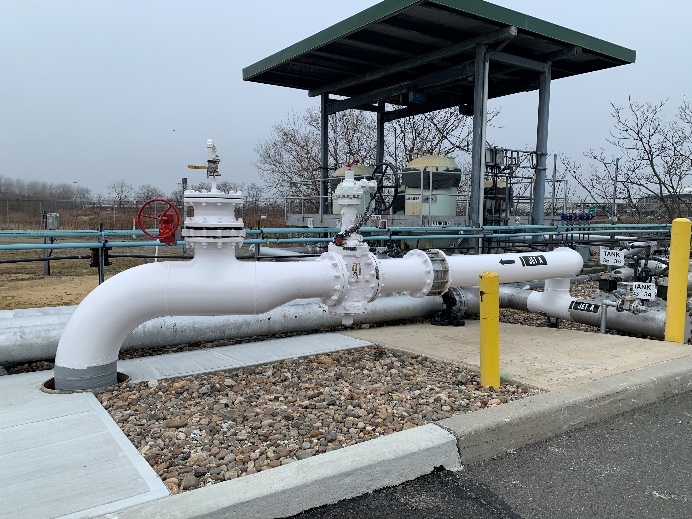 Meccon was hired by Allied Aviation (fuel system operator) and the JFK Fuel committee to certify 11 – 12" & 10" existing transfer mains. Meccon had to layout and construct 5 different flushing stations to create a loop flush closed system within the active Fuel Storage Facility. We had to match the existing piping configuration without causing any fueling delays. We were able to circulate roughly 33,200,000 gallons of jet fuel over 36 days @ 75psi and 3000fps. Due to the quality control we had and the flushing plan not one gallon was wasted and all the fuel flushed was certified clean per ATA 103 & ASTM D-1655 Fueling standard. All 11 lines were put back into service to give JFK more pumping capacity than before. 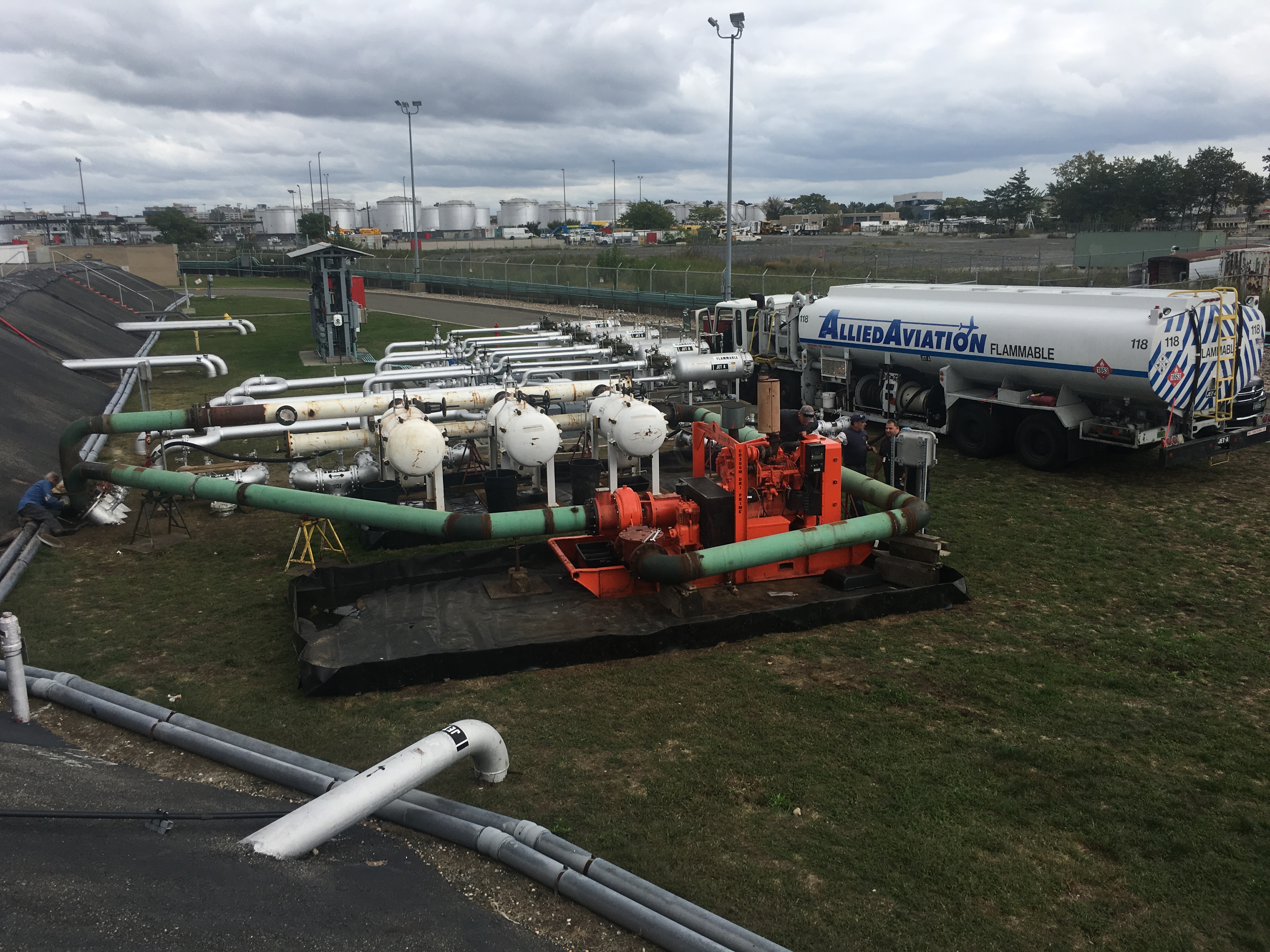 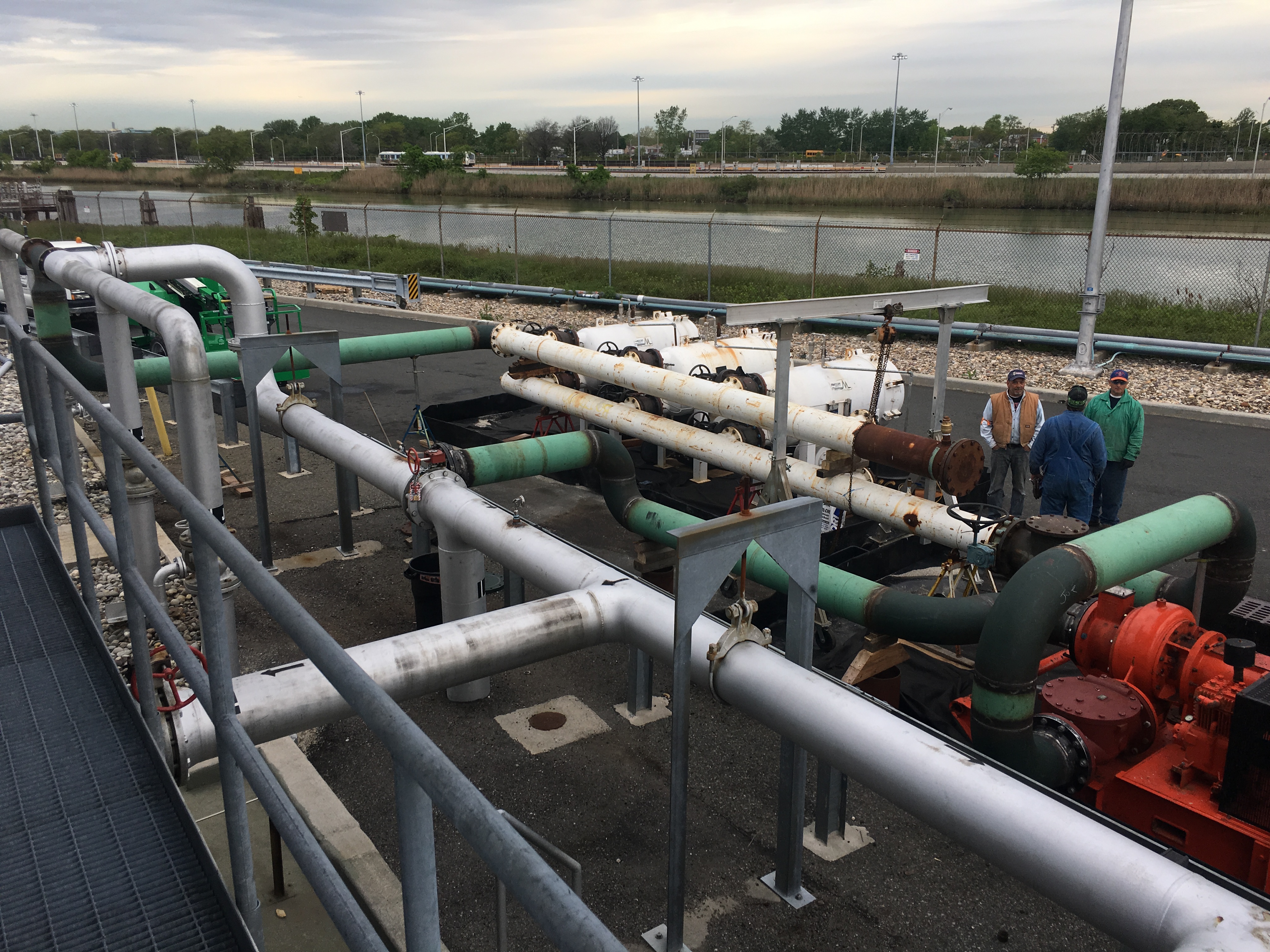 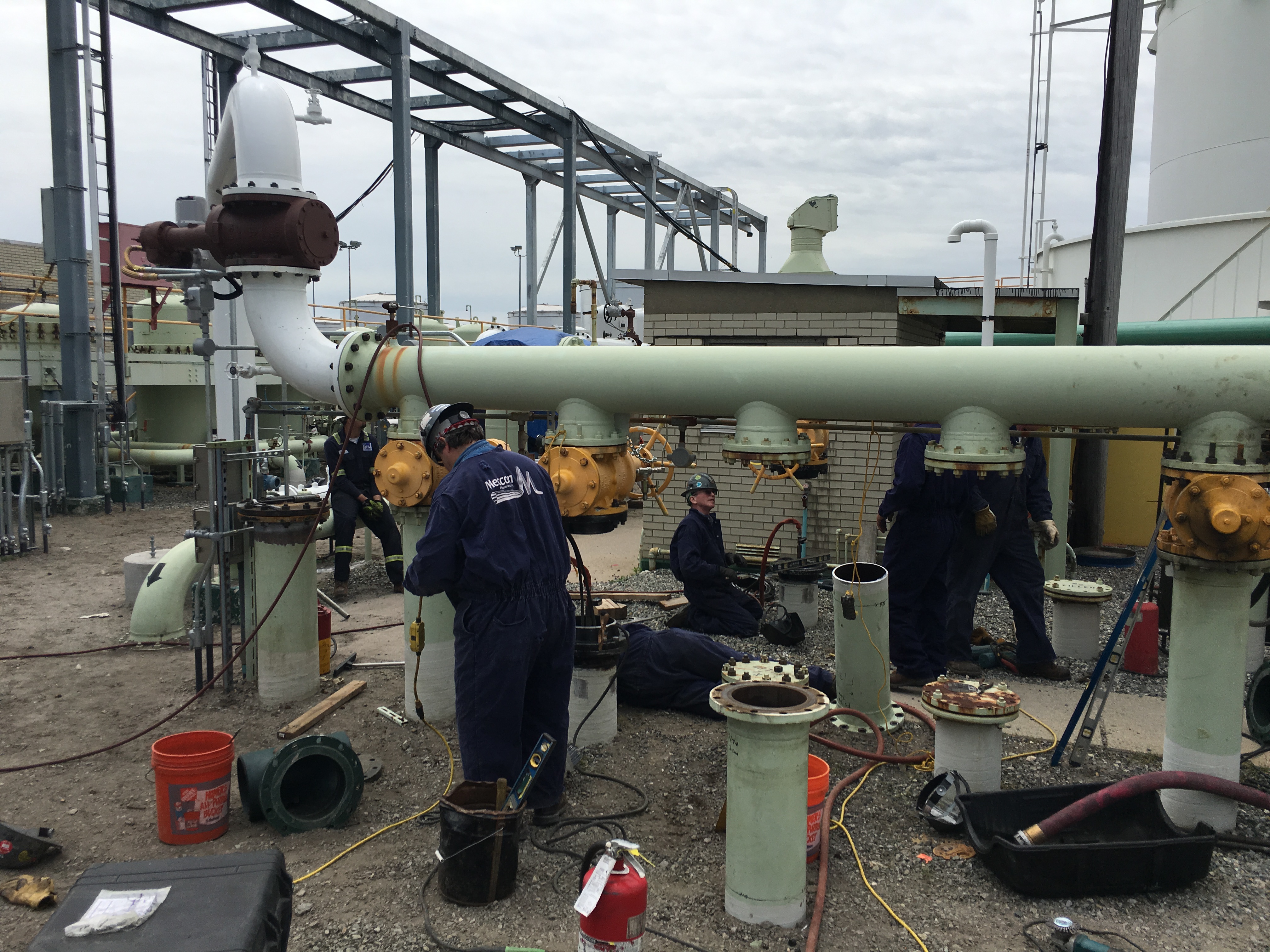 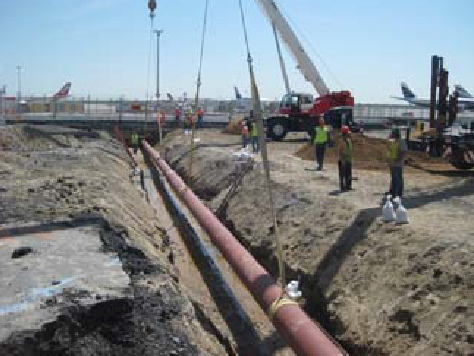 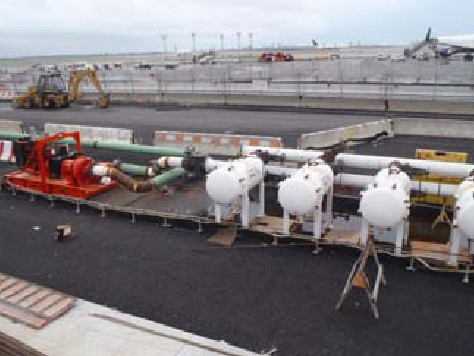 New jet fuel piping testing and commissioning was designed and performed by Meccon including a loop flush system for the new Concourse Hydrant System and flushing into frac tanks to commission the existing aircraft "hardstand" parking positions. 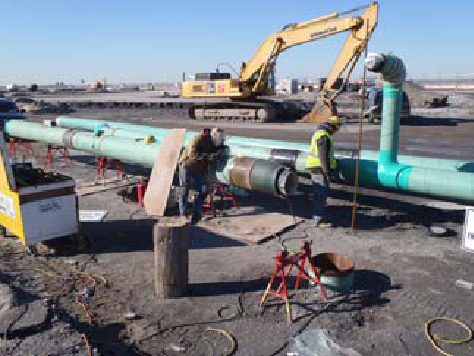 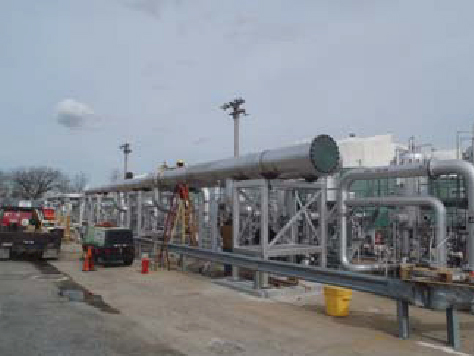 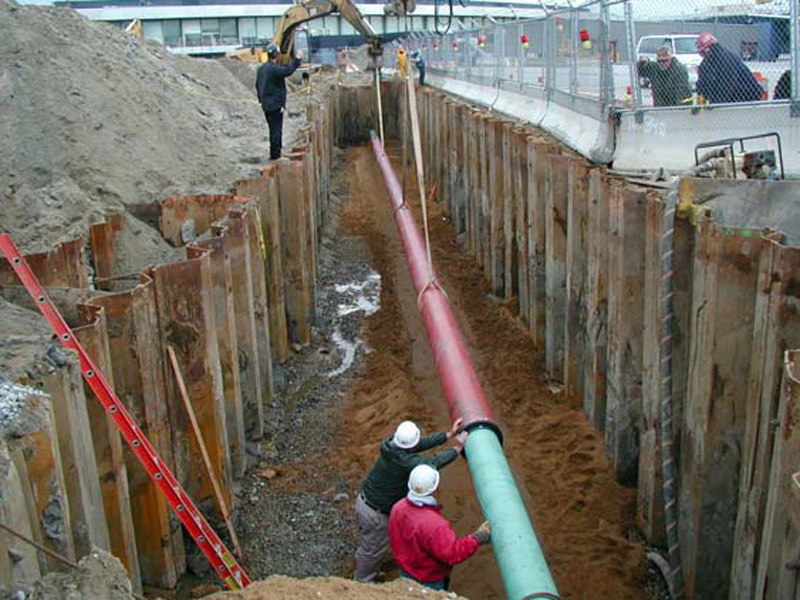 New 12" fuel line in a 16" casing with trench sheeting protection.

Meccon performed this project on a negotiated Cost Plus a Negotiated Fee Contract. Work was coordinated and constructed to meet the phasing requirements of American's Terminal Redevelopment Program andcoordinated with the Port Authority of New York & New Jersey to provide fueling services, without interruption. 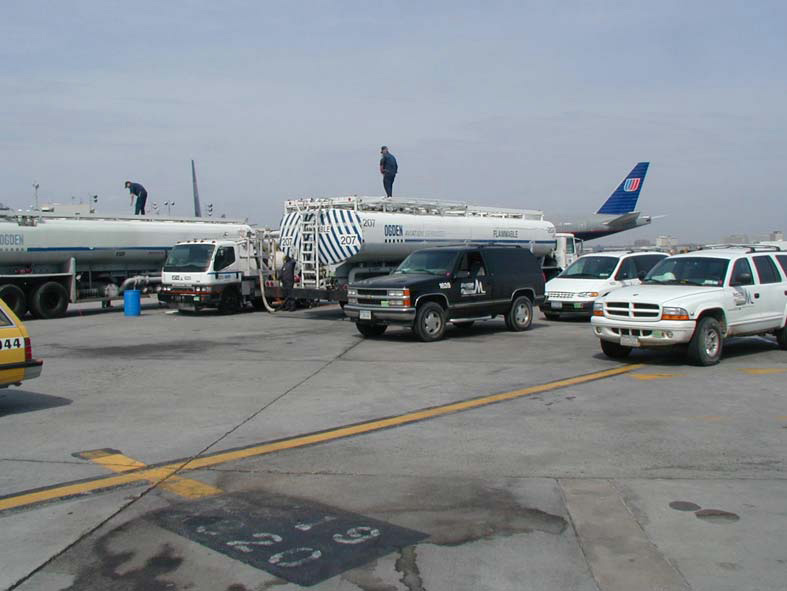 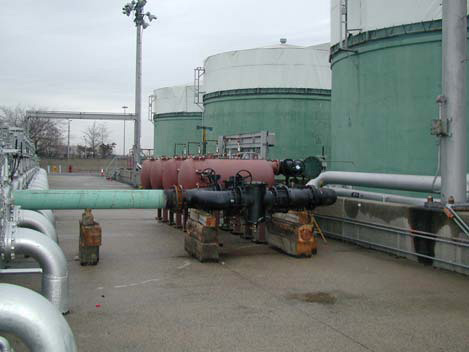 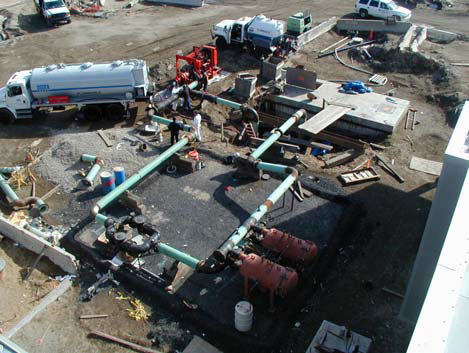